The diamond is the only precious stone to consist of a single element: pure carbon. Diamonds formed in the depths of the Earth millions of years ago, as carbon crystallised under the influence of great heat and almost unimaginable pressure. Volcanic eruptions down the millennia have enabled the rocks containing the diamonds to gradually reach the Earth’s surface, where it is mined today. To find a diamond one carat in size, an average of 250 tonnes of rock has to be mined and processed, often from thousands of metres of ground. That’s 250,000 kg of rock – or 10 articulated lorries’ worth – for just 0.2 g of diamonds.

Diamond is the hardest stone, the hardest element, in existence anywhere, and can only ever be cut by “its own” – in the shape of grinding blades edged with diamond dust.

The quality criteria of the diamond are known as the “4Cs”:

The greater a diamond’s weight, the finer it is, whiter it is and finally, the more beautifully it is cut, the rarer it is considered to be. The same criteria apply to all other precious stones, albeit in toned-down form.

Carat = Unit of measurement of the weight of precious stones; 1 carat is the equivalent of 0.2 grams.  Because a two-carat diamond is more than just twice as rare than a one-carat stone, it is not just twice as expensive. Instead, it costs around three times as much. 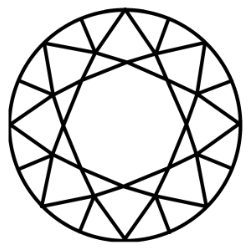 Clarity  = fineness. This is a stone’s inner “completeness”. Inclusions reduce the clarity. These are traces of the moment of the stone’s creation, such as flaws, appearances of growth and small, included mineral particles.

For diamonds, there is an internationally recognised system of grading into different categories of clarity. This starts at flawless, or “LC” (Loupe Clean), progressing downwards in 10 stages to “I3”, when inclusions are clearly visible to the naked eye. A stone is considered to be flawless if a practised expert can make out no inclusions whatsoever using a tenfold magnifier (to below one-hundredth of a millimetre).

The colour of a diamond is produced by its deposits of trace elements, most frequently nitrogen, which is what lends the stone its unbelievably diverse yellow tinting. Grading exists here, too in the form of an internationally-recognised letter-based system: a colourless stone is a “D” (formerly known as “River”), “E” and “F” are what used to called “Top Wesselton”, and so on.

Once a diamond achieves a certain intensity of colour saturation into yellow, its price rises again sharply. This is known as “fancy colours”. Occasionally, diamonds can also be blue, green or pink in colour. Stones such as this are exceptionally rare, however, and incredibly expensive. A few years ago, a red one-carat diamond was sold at Christie’s for $ 980,000.

Caution: some intense colour shades can be achieved by irradiation. For this reason, it is particularly important with coloured diamonds to insist upon a certificate which includes a statement of its colour. With a yellow diamond, for example, this might read “fancy yellow of natural origin”.

The cut most commonly used is the classic “brilliant cut”. This has either 57 or 58 facets. At the end of the 1940s, physicists calculated a “perfect cut”, which would offer the observer the maximum number of reflections. This has since been succeeded by the modern brilliant cut, which is slightly different to what has become known simply as the “old cut”. Although this has the same number of facets, stones used to be cut more “by weight”, so that as much weight as possible remained after the cutting. This resulted in completely different proportions, as well as fewer reflections, and consequently less brilliance. You can tell you have an old cut stone from its far smaller “table” – the stone’s largest facet, on what is called its “upper body”. An old cut diamond is worth approximately 30% less than a stone with a modern cut. There are a wide range of different types of cut. Which of these you prefer is purely a matter of taste. In a certificate, you should be sure that where the document defines the stone’s proportions and finish, the grading is “very good” or “excellent”.

In addition to the brilliant cut, diamonds are cut in a wide variety of other cuts and shapes
– here some examples:

For stones one carat or larger in size, we recommend you always get a certificate. The stone will be more saleable if it comes accompanied by a certificate. Such a document offers a quick, easy and objective criterion for evaluating its quality. Ideally, the certificate should come from an internationally active institute. The most prominent of these are the GIA (Gemological Institute of America) and the HRD (Hooge Rat van Diamanten Antwerpen).

These days, the number of the certificate is often engraved by laser into the girdle of the diamond. 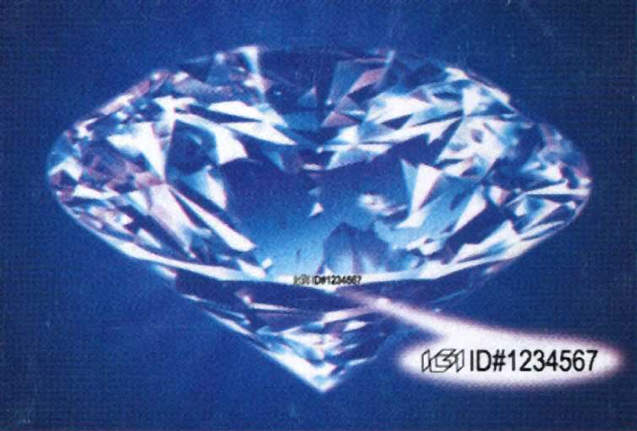 The diamond trade is extensively determined by De Beers – one of the few monopoly operations still in existence. The South African company, owned by the Oppenheimer family, not only controls around 40% of diamond production through its own mines, but has also bound many other producers to itself, and joint marketing, through syndicate agreements. Thanks to an astute policy of supply management, it has proven possible to keep diamond prices broadly stable for the past twenty years. There have been strong increases in value (up to 100%), particularly in the medium quality sector, due to enormous demand from the Far East, where quality consciousness tends to be less pronounced in the case of diamonds than in Europe or the USA.