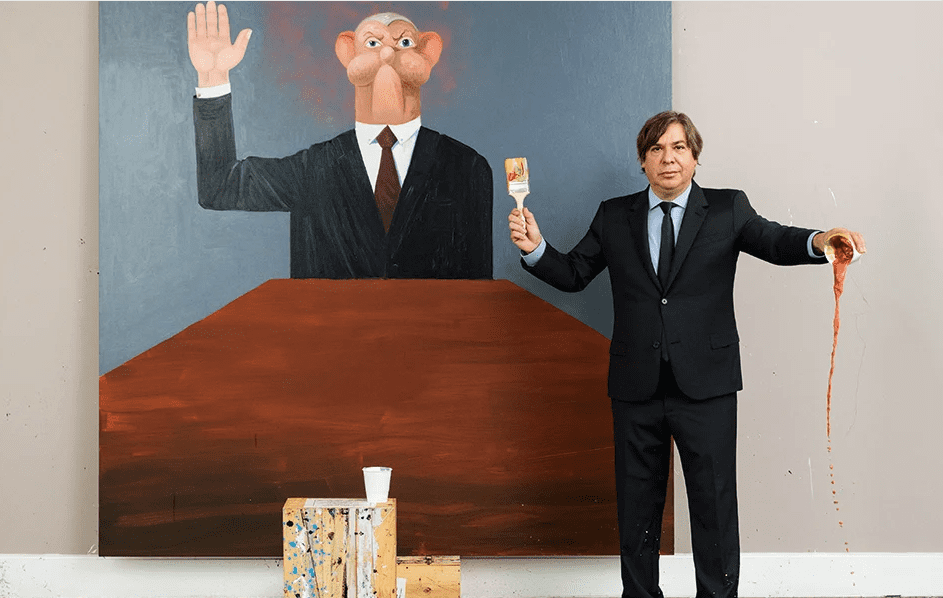 Works by George Condo can be found not just in numerous important international collections, but also in museums including the Metropolitan Museum, the Moma and the Whitney Museum in New York City, where the renowned American artist has also lived since 1980. It has been there that Condo and his artist friends Basquiat and Keith Haring have dynamically brought painting – widely believed to be dead at the time – back from the abyss since the 1980s. The paperweight designed for production at the Köchert studio bears the expressive handwriting intrinsic in Condo’s portraits.